Congratulations to the student-athletes and coaches from the Champlain Saint-Lambert Cavaliers, as they held off les Noir et Or de Valleyfield to capture the 2021-22 RSEQ Sud-Ouest (Montérégie) regional championship title by a score of 26-20. The title is their second regional championship win since 2018, the year the team joined the league.

Under a brilliant blue sky, Champlain jumped out to an early lead, going up 12-0 after a TD run by Oona Martel and a TD by Alexie Bouchard. Valleyfield applied pressure, and they drew within 4 after scoring a TD and making the 2-point convert late in the 2nd quarter, bringing the score to 12-8 at half-time.

Valleyfield came out strong to start the 3rd quarter, scoring the major but unable to make the convert, giving them a 14-12 lead. On their next possession, the Cavaliers marched up-field, allowing Martel to score her second TD of the game. She was able to connect with Isabella Virgona-McGovern for the 2-pont convert, placing them in the lead, 20-14 as the quarter ended.

With a vocal and supportive home crowd behind them, Valleyfield pushed back as the 4th quarter started, scoring their third TD of the game at around the 15 minute mark. Through the Cavaliers defense, les Noir et Or failed to make the convert, leaving the score tied 20-20 midway through the 4th. After going out on downs, the Cavaliers’ defense was back out as Valleyfield advanced, pushing into the Cavs red zone and threatening to take the lead. A key interception by Janina Napoleon stopped Valleyfield’s drive cold and on the ensuing possession, Bouchard deked and pivoted around multiple defenders, making a remarkable 65-yard run for a Cavaliers TD with just under 5 minutes remaining. Unable to make the conversion, the Cavaliers had a slim lead, 26-20, going into the last few minutes of the game. 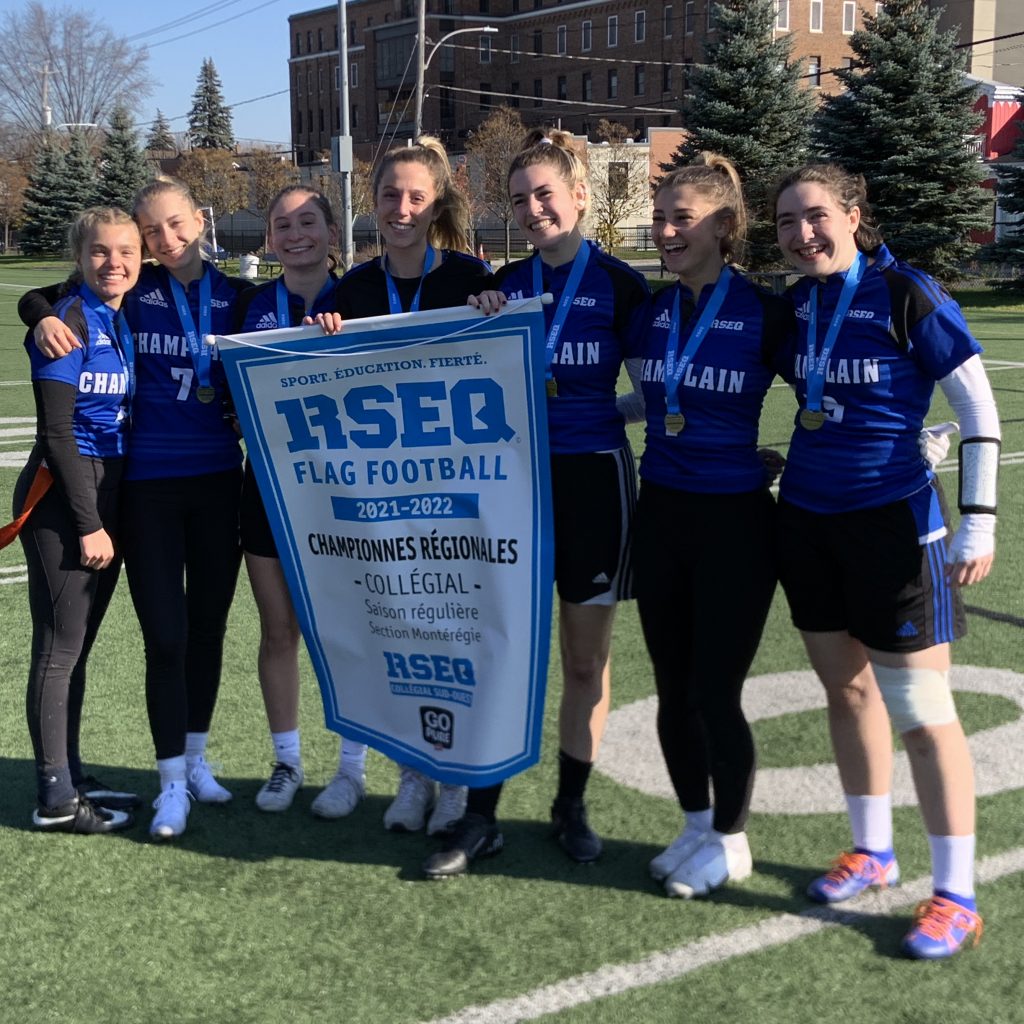 The Cavaliers won their first regional title in 2018, the same year that they entered the league in Section D of the RSEQ Sud-Ouest Conference. After moving up to Section A in 2019, the Cavaliers made the play-0ffs but bowed out in the semi-finals. With no official leagues taking place in 2020-21 due to the pandemic, the Cavaliers have just completed their third season of play and have been champions twice. Coaches Alexandre David, Alexis Gaumont, and Kevin Beauciquot-Lubin have built, and continue to build a program that exemplifies the Cavaliers and Champlain Saint-Lambert.

Enjoy the off-season and thanks for an amazing year!