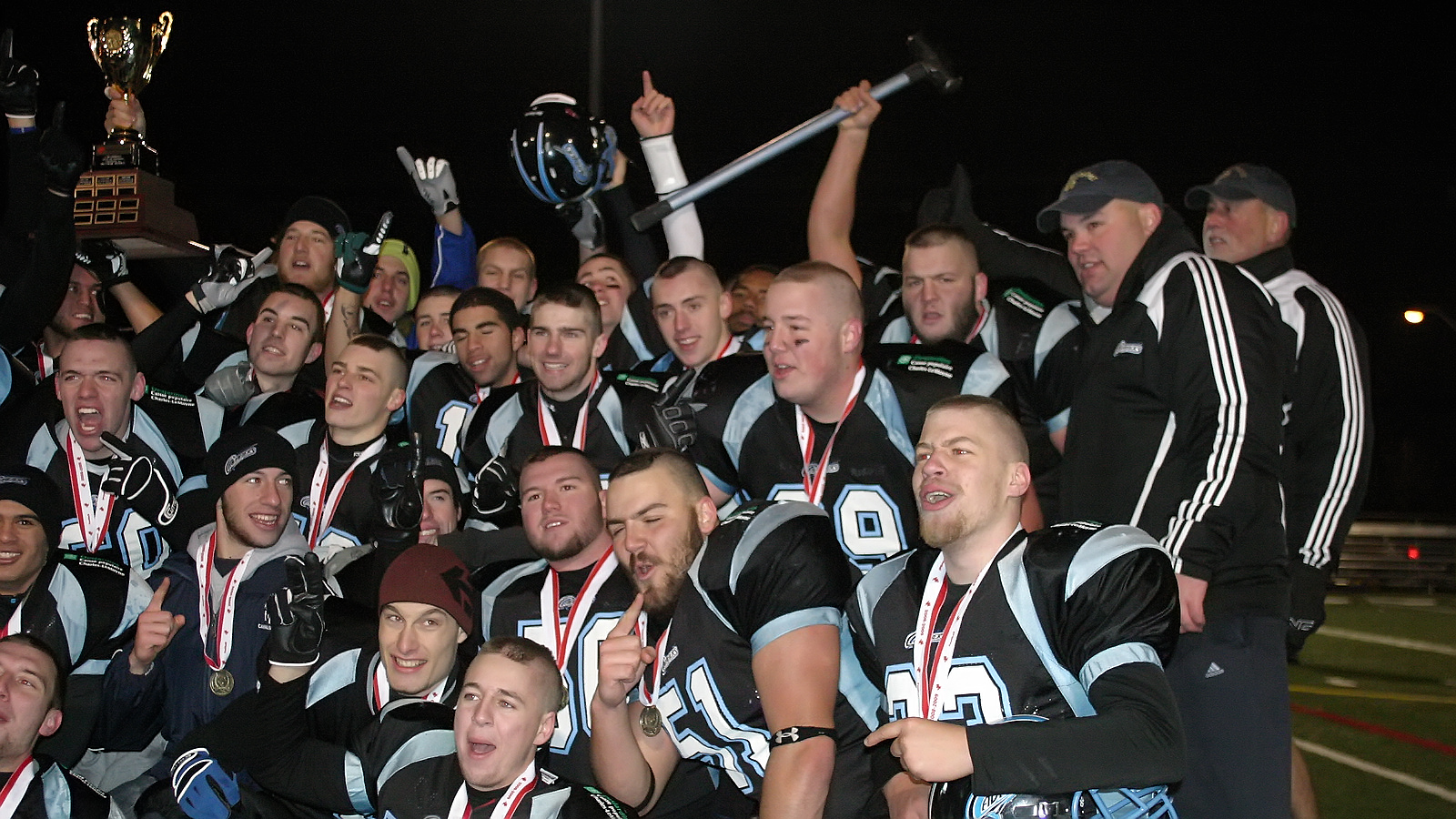 Champlain College Saint-Lambert and the Cavaliers are mourning the passing of Michael Stagg, who died September 21, 2018.

Coach Mike was diagnosed with a rare form of A.L.S. and dementia in July 2017. Mike stayed strong and battled the debilitating disease as long as he could, but passed peacefully in the presence of his loved ones.

He spent his life around football, playing locally with the Greenfield Park Packers and in the CIS with Concordia University as their quarterback. With his playing days behind him, Mike decided to stay in the game as a coach, giving back to the sport that had given him so much.

Coach Mike joined the Champlain Saint-Lambert Cavaliers when their Football program started back in 2006. In 2008, he was the Offensive Coordinator for the team when they had a perfect 13-0 season, culminating with winning the FQSE AA – Division 2 Bol d’Or final. The following year Mike moved up to coach at the CIS level, working with the Queen’s Golden Gaels and part of their 2009 Vanier Cup championship.

Our thoughts and prayers go out to the entire Stagg family. For more information on remembering Mike and how to support the Stagg family click here.