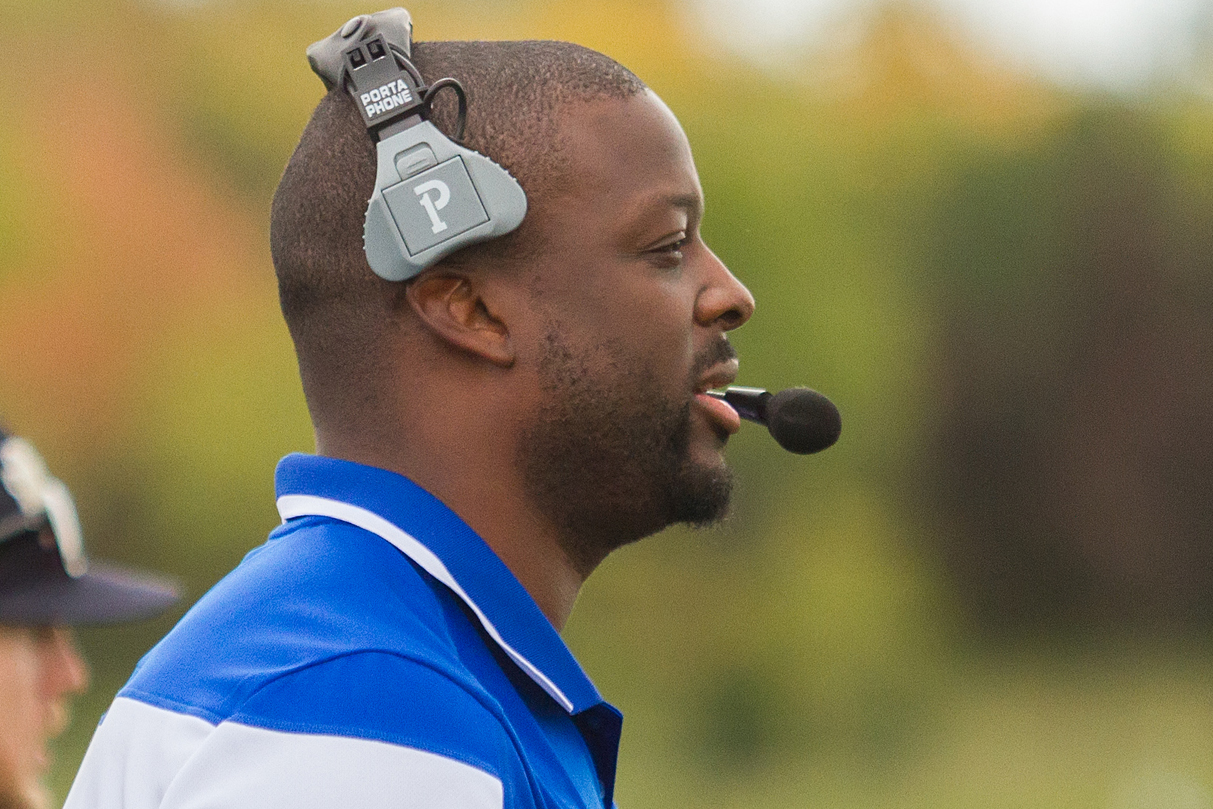 Sebastien Deschamps has stepped down from his position as head coach of the Champlain Saint-Lambert Cavaliers Football team, effective immediately, after leading the team for two full seasons and a 2016 Bol d’Or final appearance.

“Coach Deschamps took the tough decision to move on so that he could pursue opportunities in his coaching career. The Cavaliers and Champlain want to thank Sebastien for what he’s done with the program. We wish him the best of luck,” said Vince Amato, Coordinator of Athletics at Champlain College Saint-Lambert.

Shawn Mayne will be taking the reins of the Cavaliers for the 2017-18 season as Head Coach. Mayne, who was Defensive Line Coach for the past season, brings a wealth of playing experience to the position. Shawn played “AAA” college football at Vanier, attended and played NCAA D-1 football at UConn and played for 5 years in the CFL with Winnipeg and Montreal.

“We’re very happy to have Shawn taking over as Head Coach,” stated Amato. “He brings an incredible amount of football knowledge to the team and staff. In addition, his understanding of the student-athlete experience will undoubtedly have a positive effect on the team. We’re excited to be moving forward with him at the helm.”

The Cavaliers are in their summer rest period, but behind the scenes the staff is prepping for the start of training camp on August 11. The Cavaliers play their season and home opener at Seaway Park 3 on Sunday, August 27 at 13:00 against Victoriaville.

For more information on the Champlain Cavaliers, visit champlaincavaliers.com, and follow along through social media at www.facebook.com/champlain.cavaliers or www.twitter.com/champlain_cavs